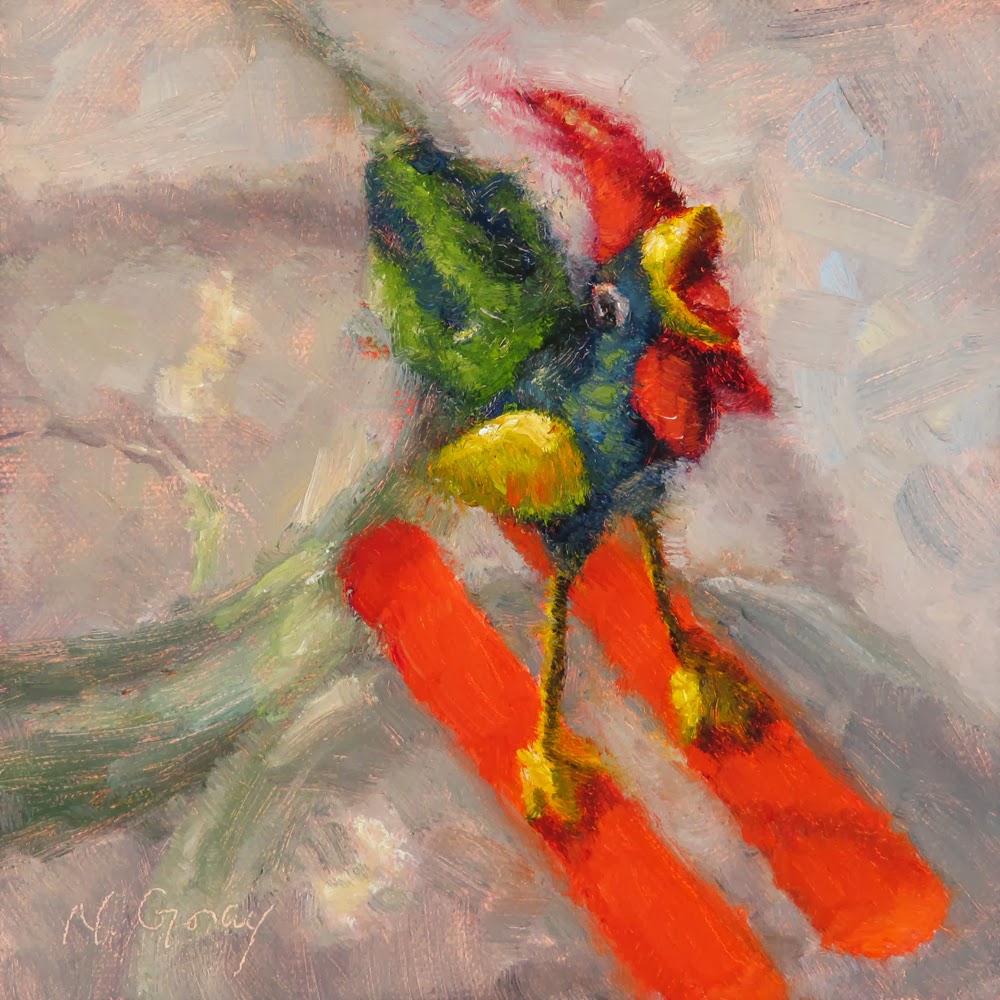 This is the second painting of the Traveling Chicken series. In the previous episode, Valentine's Day for Mr Gallo was a disaster. Gallo developed feeling for Ms Chick, but he realized that Ms Chick did not feel the same way for him. Ms Chick knows what she wants, and Gallo is not part of her vision. So, instead of staying depressed, Gallo decided to take alpine ski lessons while visiting the Northwestern United States. Then he recently got a new pair of wide skis for powder! He enjoyed cruising down the steep and deep powder slopes all day long today. I wanted to convey his excitement. To recreate this scene in my still shadow box, I cut out skis from cardboard, and drew them under his feet on canvas. To suggest ski tracks and bumps on the snow, I used two glass bowls: one upside-down to place the figure, and the other one right-side up next behind the figure. I liked the transparent and subdued background to offset the vivid shapes of rooster and skis.

Email ThisBlogThis!Share to TwitterShare to FacebookShare to Pinterest
Labels: 6x6 in, chicken, oil on linen on panel, still life